My Brother -The Modest Hero

As a writer, I often find inspiration for my stories in the strangest places—watching people at the food court in the mall, overhearing a heated conversation between a man and a woman as they walk across a parking lot, glancing at the cover of a magazine at the grocery store check-out, hearing an interesting accent for the first time, watching a true-crime documentary, etc.

However, the inspiration for Deadly Disciple, book two in my O’Halleran Security Int’l. series was much more personal. The hero, Caleb, is modeled after my oldest brother, Mike, who was a tactical canine handler with the FBI’s elite Hostage Rescue Team. And my hero’s canine partner, Jake, was inspired by my brother’s partner, Zvip. Photos of them are included with this blog.

I thought it would be fun to do a Q & A with him and asked my COVERT DETAILS newsletter subscribers to send me their questions. Below are those questions, along with the answer provided by my brother.

1.  When did you first know you wanted to be in the FBI?

When I was in the Marine Corps, the FBI-HRT came to Camp Pendleton in 1983 to train for the 1984 Olympics in Los Angeles. I had some minor exposure to the Team at that time, and knew then that I wanted to be on HRT. Being an FBI Agent was always a goal of mine since I was a teenager.

2.  When did you know you wanted to work with dogs?

I have always loved dogs. One of my assignments in the Marine Corps was the Tactical Platoon Leader for the Provost Marshal’s Office at Camp Pendleton. The Military Working Dogs were assigned to the Tactical Team, and I was overall responsible for them. As an officer, I could not be a handler, but I was always impressed with their capabilities. As a police officer, I was able to see the Ft. Lauderdale Police Department’s K-9s work, but was offered a position with the FBI before I had a chance to become a handler. I became an FBI Agent, and after two years in the Houston Field Office, I went to HRT Selection, and was fortunate enough to be selected for the Team. At that time, the Team had 2 dogs that were trained in only patrol work. Unfortunately, for a variety of reasons, that program was disbanded by the time I went through New Operator’s Training and was assigned to the Team. In 2008, the Team, after seeing the success that military special operations units had utilizing dogs in operations overseas, decided to initiate the tactical K-9 program. At the time, I was teaching at the FBI Academy, and decided to go back to the Team in hopes of becoming a handler. In 2009, I was fortunate enough to be assigned as a handler, and attended dog school.

3.  How does a dog assist in hostage rescues?

The tactical canines can do almost everything the human operators do except Scuba. They perform a variety of functions from apprehension (room/building/vehicle clearings, bite work, area searches, tracking/trailing, searching for hidden subjects) to explosives detection for hidden weapons and explosives, IEDs, and booby-traps.

4.  What is Zvip’s favorite treat?

Food-wise, it would probably be, BilJac training treats. Work-wise, obviously bite work, but he does love to do detection with the reward being a tug-of-war with the tennis ball.

5.  Are there any “events” you and Zvip were involved in that we, the general public, might know of?

The ones that may have made national news include the search for and arrest of Dzhokhar Tsarnaev – the Boston Bomber, the search for the murderer of a Mt. Rainier National Park Ranger, the location of/shootout with a mass murderer in Herkimer, NY, and the manhunts for fugitives involving the murder of a state trooper and escaped convicts in New York. We also participated in the clearing of buildings at the Navy Yard Shooting. We were involved in many other operations that may not have made national news.

6.  Human partners make conscious decisions, but I presume Zvip had to follow commands?

He was given commands, but when he was off-lead searching or doing detection work, he was making decisions based on his inherent instincts or his training. He learned that by using his senses to locate and detect humans he would be rewarded. The same was true for explosives. He was placed in different situations through scenario-based training which taught him how to work through and solve problems.

7.  Knowing how close you get to your canine partner, how did you reconcile giving Zvip a command to go into harm’s way?

As much as I love Zvip, he was there to protect other operators and me. It was the same as a human partner – if operators were going in, Zvip was as well – often leading the way. I would not intentionally put him in a deadly situation unless we were going to be right behind him.

8.  How old was Zvip when you retired? How old is he now?

9.  How long are tactical canines typically in service?

Our dogs usually retire after they have worked five to seven years. Some longer, some shorter. The constant stress of live fire and breaching charges can take its toll on the dogs.

10.  Does Zvip have an accurate sense about people when he meets them?

All our dogs are not people aggressive unless they are given a bite command. They all live with the handlers and their families. They also have to operate in stressful situations around other operators without being aggressive. That’s part of their selection process. They are just like other dogs—some love socializing, while others tolerate it.

11.  How and where do they find the dogs that are used by the HRT?

Initially, a U.S. Army special operations unit was responsible for selecting our dogs. Their trainers would make “buy trips” to Europe to test and purchase dogs from European working dog breeders. They might see 150-200 dogs, and come back with 2-6 dogs, depending upon the testing. Sometimes more, sometimes less. Those dogs would go through additional training back at the unit. I would estimate that about 20% of those dogs would fail that process. Today, the dogs are selected by an independent trainer contracted to oversee the training of the dogs and handlers.

I grew up surrounded by five brothers; three older and two younger. Mike is the oldest, and though he was only three-and-a-half years older than me, he always seemed so much more responsible. Probably because he was! He is also one of the most funny, easy-going, modest, patient guys I’ve ever known. His willingness to share his knowledge and experience were invaluable and brought an authenticity and richness to Deadly Disciple I never could’ve achieved without him. 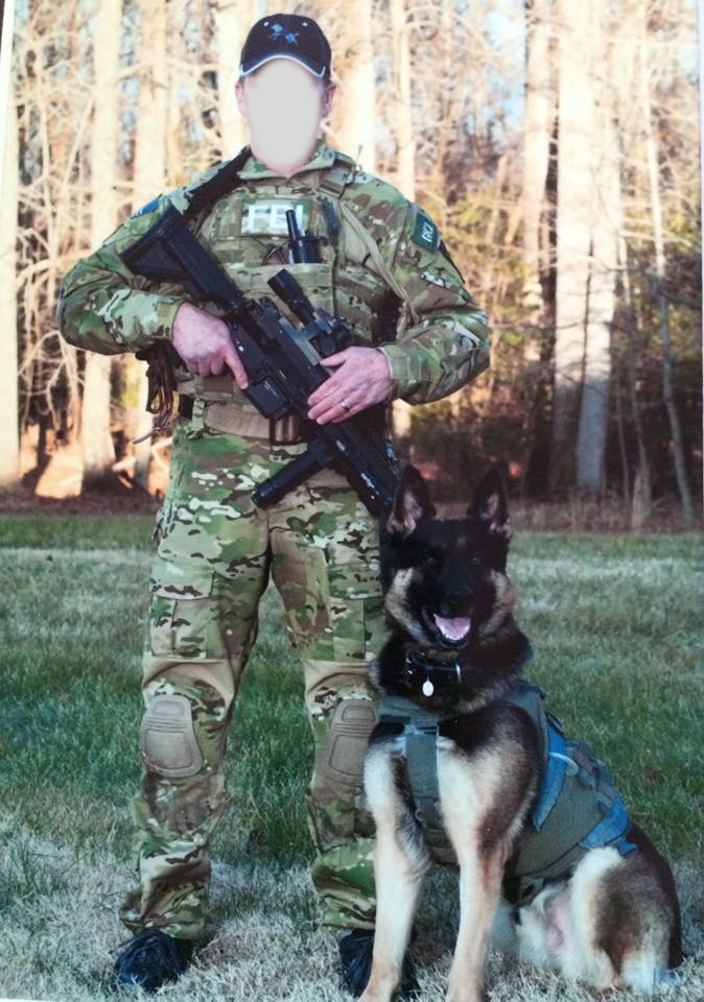 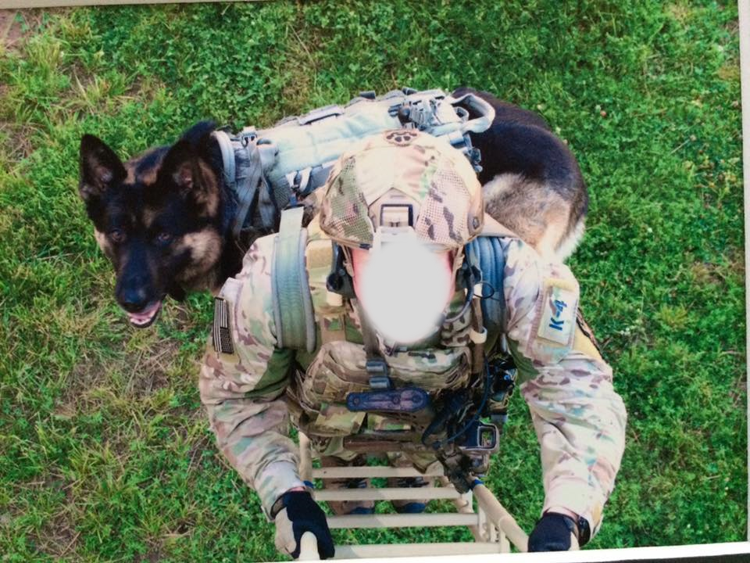 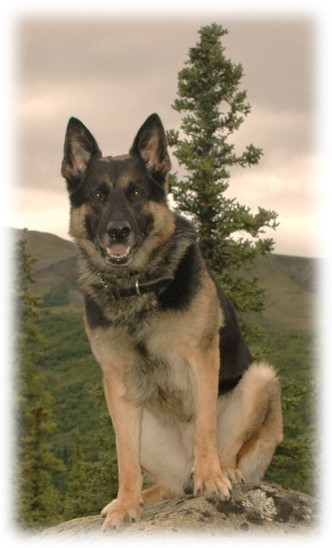 I am incredibly proud of him and Zvip. They are my real-life heroes.

The Bus Trip from Hell - A Tale of Woe

Dad-isms: Things Dads Say, and Why

"I Don't Snore", and Other Silly Things He Says